Get Rid of WannaCrypt Ransomware and Restore Your Files

WannaCrypt is a virus that encrypts user data and changes the extension of infected files. For example, the format of the Windows shortcut is EXE. If the file is corrupted, you will notice that the EXE extension will change to WNCRY. 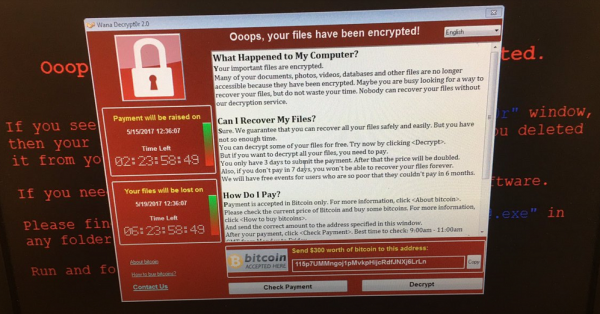 The virus was called ransomware because it requires a ransom of about 300 USD in order to decrypt your files. Otherwise, the virus threatens to double the price in three days. If there is no payment in a week, all files will be deleted.

The spread of the WannaCrypt virus (also called WNCry, WCry, WanaCrypt0r, Wana Decrypt0r) began in the afternoon of May the 12th. Tens of thousands of computers have been infected around the world.
Kaspersky Lab informs that WannaCrypt’s victims include at least 45,000 users from 74 countries. More than 70 percent of infected computers are located in Russia.

In each country, a message that is displayed on the screens is written in local language: in the UK – in English, in Spain – in Spanish, in Russia – in Russian. The size of the ransom is the same everywhere – $ 300 in Bitcoins.

An early version of the WannaCrypt virus became known as early as February 2017. It only works on Windows operating systems. The vulnerability that the virus uses is similar to that used by the US National Security Agency. Recently hackers have published several ready-made NSA tools for exploiting such vulnerabilities – it seems that other hackers used them to create the WannaCrypt ransomware.
Microsoft patched the vulnerability in March. The website of the Windows manufacturer published a message with a call to update. All those who are infected seem to have not been updated.

Some users have already paid the hackers This will unlock the files, but the British edition of the Guardian reported that the payment may not help and advises not to send money to the Bitcoin wallet of the attackers.

Experts advise creating a backup copy of your files in advance. If you do not have backups, then you risk losing all the files. Those who are already infected can delete the virus using the instructions below.

WannaCrypt represents a unique category of malicious software whose attack surface reaches beyond the operating system and its components, which is why removing the virus itself is a part of the fix only. As it has been mentioned, it encrypts one’s personal information, so the next phase of the overall remediation presupposes reinstating the files that will otherwise remain inaccessible.