Malicious encryption software called GlobeImposter has been around long since. Here comes its edition named after the extension it adds, the .725 GlobeImposter. The ransomware adds .725 at the end of the names of the files it has scrambled. 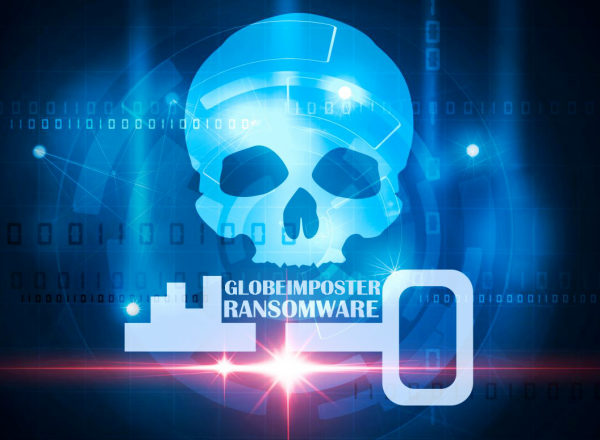 Ransomware distributors are not limited in the schemes to propagate their infection. However, they tend to stick to rather few patterns. In the case of .725 GlobeImposter, there is one that clearly dominates. It features a spam campaign that circulates a message of empty subject and body, hence the name: Blank State Spam.

The spam letter infecting component is its attachment. This has typically a zip extension and starts with the following string: EMAIL. The recipients are likely to suppose the message has been zipped and attached instead of being available immediately in the subject line and the message body. The infecting file, instead of the alleged message, contains a malicious JavaScript. Unzipping the malicious attachment downloads and executes a file with .js extension.

The JS file aims at downloading the ransomware from the remote server. It contacts one of the two websites according to its internal algorithm. The other attempt only occurs if the initial attempt fails to complete the download.

The download drops a 1.dat, which is an executable that installs the .725 file virus. The encryption targets most of the file extensions that you would use. It omits several essential extensions only so that the system could survive. The measure ensures the victims read the ransom note as it is dropped immediately onto computer system affected.

The ransom note indicates the email the victims are supposed to contact. It also says the user may perform a test decryption for one of the files affected. Instructions on how to buy bitcoins are available.

There is no ultimate solution against .725 GlobeImposter ransomware. Meanwhile, there are some smart workarounds below that hopefully recover the damages caused by the invader.

new Locky variant aka .725 File Virus represents a unique category of malicious software whose attack surface reaches beyond the operating system and its components, which is why removing the virus itself is a part of the fix only. As it has been mentioned, it encrypts one’s personal information, so the next phase of the overall remediation presupposes reinstating the files that will otherwise remain inaccessible.

Download .725 File Virus Scanner and Remover
No ratings yet.