How to Decrypt and Restore .asasin Files (Locky Ransomware)

Asasin is rather an extension than an individual release of ransomware. This follows that of Ykcol, the latter is deemed to be eliminated from circulation. Both are the file extension that the victims find attached after the invasion of the Locky encryption plague. The latter, in its turn, has been around for a couple of years. In terms of crypto-extortion, the strain is a rare long-liver. 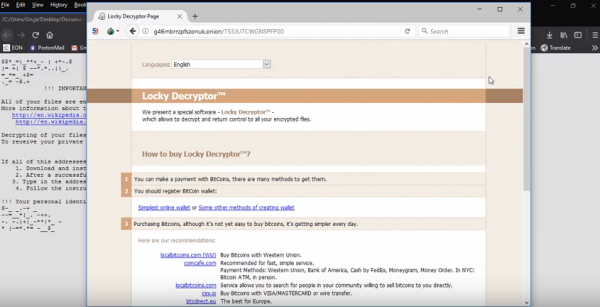 With .asasin intervention, there is a good chance for a victim to survive. Moreover, IT researchers claim getting the ransomware installed is a challenge. They say the crooks need both a spellchecker (hinting at the similarity of .asasin to the ominous word existing in English) and malware distribution skills. The current campaign that distributes the ransomware proves to be broken. It features a spam message with content attached. Luckily for the recipients, they cannot open the attachment. The hackers have uploaded it in such a way that the resulted message as seen by the reader shows no file attached. 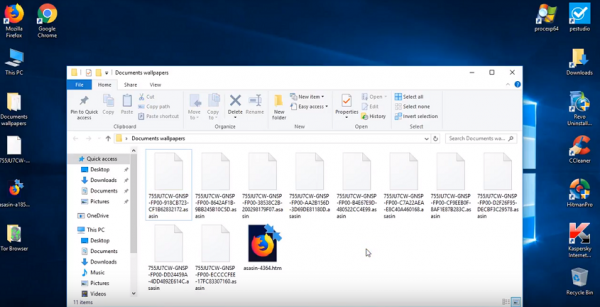 Elbert Einstein once said, “Energy cannot be created or destroyed, it can only be changed from one form to another.” That is the case, the attachment dropped by the crooks remains within the message. Due to the awkward way it has been added, it appears within the body of the message. A sequence of base64 script represents the file, which the users are not likely to recognize as a content to load. Hopefully, the campaign fails already at this stage. Otherwise, there is another pitfall as the dropper goes packed with a rather unusual packer. There is a good chance the target system has no relevant software to unpack the dropper.

In the unlikely event of happy landing, the .asasin variant of Locky dropper reports to its remote server. The response will be the final downloader which installs the malicious encryptor.
The encryption goes beyond the file content as .asasin is the only readable part of the names of the files affected: the ransomware also encrypts the names of the files. The users are thus unable to tell one item from another and need to decrypt the names, too.

Removal of the encryption by .asasin is traded for some 0.25 BTC, which is currently around USD 1000. For that purpose, the infection drops a ransom note into every folder and the Desktop. It also tries to display it as a pop-up screen. The note says that Locky has encrypted your files with RSA and AES ciphers. To claim the encryption, the user is to contact the crooks. The follow-up is a predictable demand for the ransom in exchange for the decryptor.

There is no universal way to regain the data scrambled by the ransomware called .asasin with ransom-free workarounds. Try the methods outlined below and take care of regular backups, for prevention is the best cure.

new Locky variant aka Asasin file virus represents a unique category of malicious software whose attack surface reaches beyond the operating system and its components, which is why removing the virus itself is a part of the fix only. As it has been mentioned, it encrypts one’s personal information, so the next phase of the overall remediation presupposes reinstating the files that will otherwise remain inaccessible.

Download Asasin Ransomware Scanner and Remover
No ratings yet.